Lazy monday, kings day in the Netherlands, and the weather is goohood! Again! Even though all the weather guys and dolls told us otherwise.

I have a little ham lying around that’s just begging me to be eaten today. Who am I to disappoint such a nice little ham?
After careful consideration of the ham’s feelings, I kind of pushed him to go into a nice honey glaze on the OTP using the indirect grilling method. He agreed, and so it shall be done.

For the glace, I kept it really simple. I just took the following and mixed it up.

For the rub, I kept it simple and used a premix rub, I had lying around, which I got from my brother some time ago. Smoked BBQ rub. 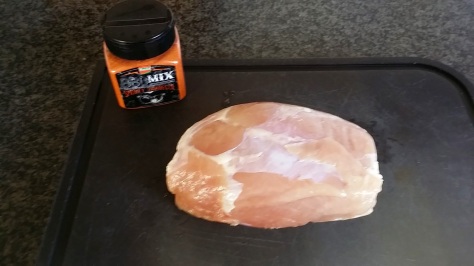 Bring up the Q to a 160 degrees dome temperature, and place the ham indirectly on the grill. I used some apple wood chunks to spice up the smokey flavour, but any flavour of wood will do. Just use your own imagination for that.

After about an hour (or in my case 45 minutes, since I had my dome temp a little higher), I started to apply the glaze.
Just paint it on!

Keep it basting every 15 minutes until the ham reaches a temperature of about 57 degrees core temp.

Wrap it in foil for about 10 minutes and carve it up.

I served it with some fresh pasta and it was very nice, moist and tasty! 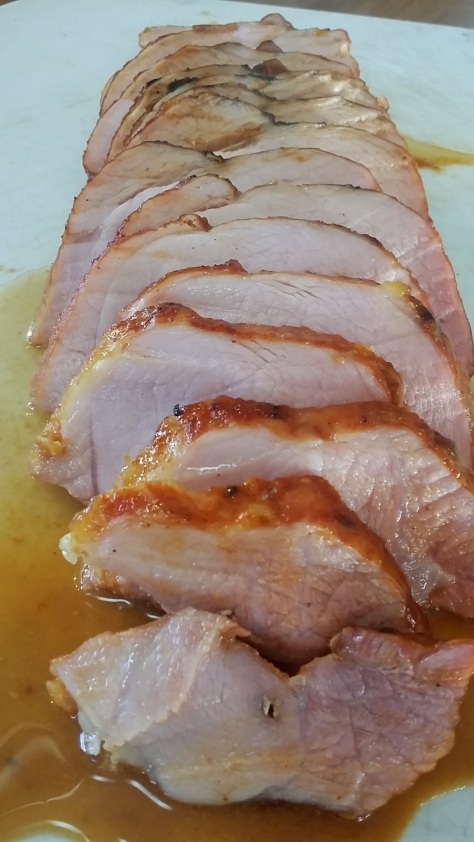