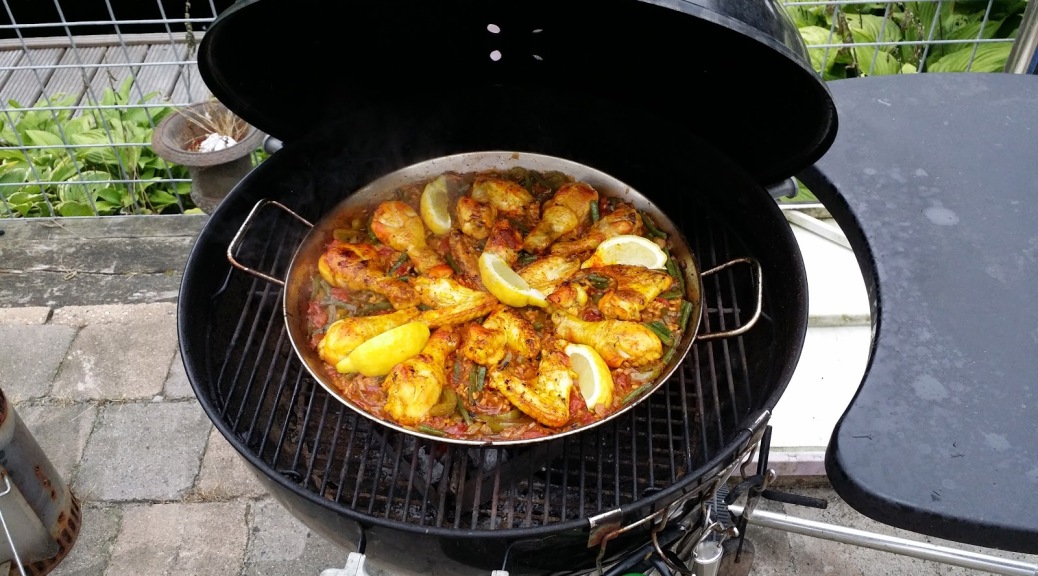 A few weeks ago, I’ve been wondering what the big pans are for that we have hanging in the kitchen. I’ve not used them for so long, that I’ve been forgetting what they are all about. Just kidding, of course. But then again, it might be time for us to do a serious good paella session, since the kids love it, and it’s a beautiful sight to see on the Q.

I’m not sure about the original recipe, but I’ve found it somewhere on pinterest, I think. Not that hard, but the spanish people there were telling him that it’s not an official paella. Not sure why, because as far as I know, paella is found in a wide variety of flavours and cooking times. The main thing is the pan, afaik. 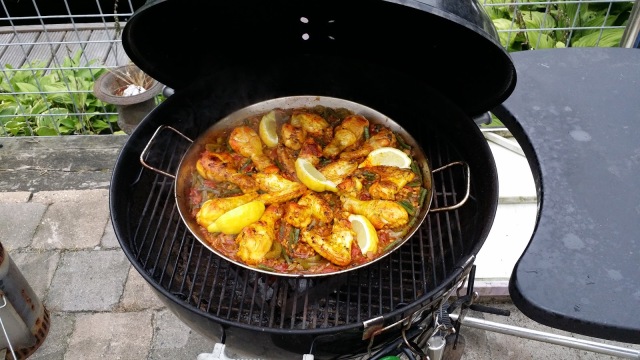 We started out in the pan by grilling the pieces of chicken, which I did high and fast, after which I moved them from the pan. Grilled some veggies, like green haricots, unions, garlic, green peppers, etc. and grilled them too. Added the saffron, which you really can’t do without, and tomatoes, of course, and baked that for a short time. After finishing it up with the paella rice, added the chicken broth and cooked it until the rice was done. Finished it with some lemon slices and here you go. Very easy recipe, but very tasty and the kids enjoyed it! 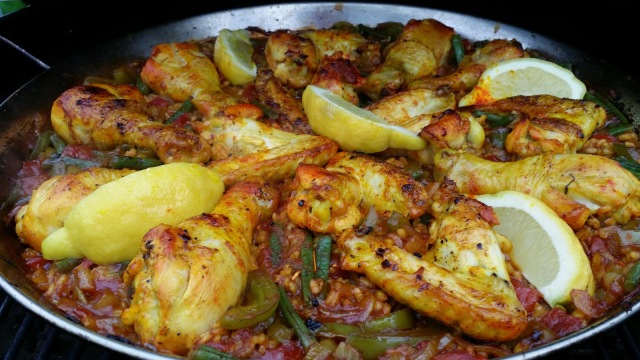