Mothersday in Holland (and a lot of places around the world, afaik). Yesterday was a fantastic day in the Nehterlands and temperatures were in the 20’s. (Celcius that is, of course). Great breakfast with the kids, and took a nice trip around Friesland, which looked beautiful with it’s nature and water. Lots of boats and loads of sun! What can go wrong? Nothing!

We invited both our mothers over for a nice spring diner with asparagus and lamb. It was requested by my mother-in-law, but I didn’t mind one bit!

For the marinade I used : 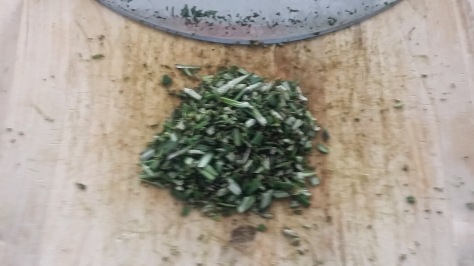 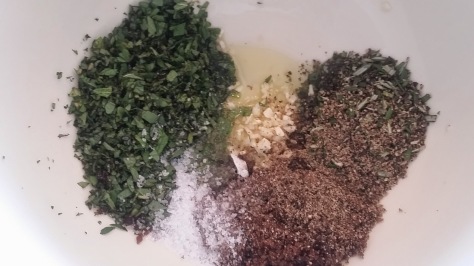 I’ve mixed all the marinade ingredients in a bowl and poured it over the lamb shank and closed it up with foil and left it in the fridge overnight. Meanwhile my son made some great potato and cheese brownies. They will accompany the dish as well!

Next day, I’ve lit up the OTP and made it nice and hot on one side, while placing an aluminum tray on the other side. (Direct and Indirect grilling rules!).

Once hot, I’ve grilled the shank directly for a few minutes, turning it around every time, to brown it around and after that, placed it indirectly and monitored the temperature until it reached around 59 degrees core. I didn’t want it too red, since our mothers wouldn’t like that…. Rosé is good too!

After it reached the correct core  temperature, I’ve covered it in aluminum foil for about 15 minutes allowing the meat to rest a little before carving. I’ve carved in slices of about 1 – 1.5 cm. 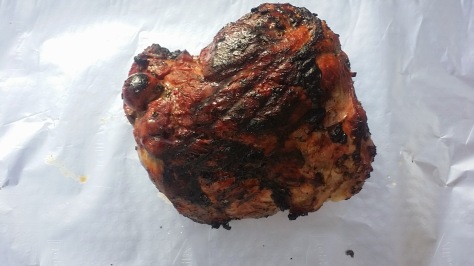 I’ve served it with some green and white asparagus and the potato brownie, and watched everybody enjoy it.

The best joy of grilling is having people enjoy it afterwards!